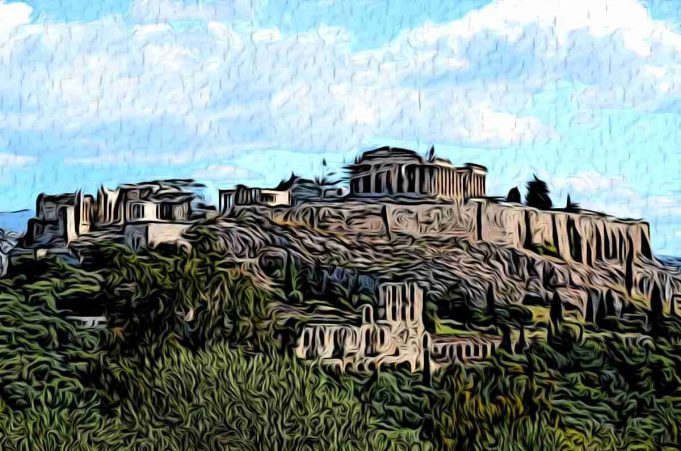 Without visiting Acropolis and Parthenon, a trip to Athens would remain incomplete. The site is a must see, even in the global sightseeing standards. Regardless of their experiences, plenty of world travelers cannot leave ancient Greece’s most iconic legacy without being overwhelmed. It’s on par with Immanuel Kant’s famous theory of the sublime. The Acropolis rises over modern Athens, almost like an overseer, and reminds the visitors of the city’s former glory by reflecting the culture that aged more than two millennia.

What is the meaning of the word ‘Acropolis’?

The word ‘Acropolis’ defines a citadel on the most high spot of an ancient Greek city. The word derives from ‘Akro’, which means the edge, and the word ‘Polis’, a famous word that means city. Many well-known ancient Greek city-states such as Argos and Thebes had their own Acropolis too since they all had their own governments. These overseeing sites used to be the arteries of socio-economic life, the Greek equivalent of the Roman forum.

The fact is that many tourists confuse the Acropolis with the Parthenon temple. Clearly, the Acropolis and the Parthenon is not the same thing. The Parthenon is the temple of Goddess Athena which is the main deity and the namesake of the city. It’s a perfect example of Doric tradition with its 136 columns in harmonious optical illusion. It’s construction lasted over a century. However, it endured more than that. After serving as a temple for almost 900 years, it was converted into a church and served nine and a half centuries more. Then, it became a mosque in 1456 after the Turkish conquest and was in use until it was shot by a cannon ball during the Turkish-Venetian war in the 17th century. There was a 40-feet tall sculpture of goddess Athena, housed inside in it, made by gold and ivory but it’s among the losses of war too.

It’s the first attraction of the ticketed Acropolis section. This ancient theater bears the name of it’s architect, Herodes Atticus, who constructed it in the memory of his wife Regilla in AD 161. It can host about 5000 spectators. Usually in the summer season, you can still witness live open theatre performances during the festivities.

The theater is located beneath the Acropolis on the southwest side of the hill, near the museum. It’s known as the first theatre in the world, dedicated to Dionysus, the god of wine and drama. It was actually the place where Greek tragedy was first performed as the canonic playwrights Sophocles and Euripides overseed their plays in there.

Below the hill, about 300 meters away from the site, located next to the metro station, there is the 2009 made museum. It’s a polished work of contemporary architecture. Under natural light, the comprehensive galleries exhibit around 4,000 invaluable artifacts and sculptures. Most of the objects in the collection were unearthed at the archaeological workshops which are still ongoing. Time-span of the exhibition begins from the Archaic Period and reaches the Classical Period. There’s a small, separate entrance fee.

After the Herodes Odeon, there comes the first gate.This Roman-era entrance is carrying the name of the French archaeologist who discovered it. It was connected to the original entrance, Propylaia, with a marble staircase. Two flanking towers on sides support the gate.

Passing the Beulé Gate, on the way up to the Propylaia, visitors meet the Monument of Agrippa. This tall & rectangular, two-color marble podium was built in the second century BC for a benefactor of Athens, perhaps the King of the neighbouring Pergamon (now in Turkey). The monument itself began to be known after Marcus Agrippa, a prominent general in the service of Augustus who also become his son-in-law. A representation of his four-horse chariot (quadriga) in the sytle of a bronze sculpture was mounted on the base in 27 BC.

With all its magnificence, this is the main entrance to the site. Marble steps lead to the five impressing getaways gradually increasing in height and width. The construction is ornamented by eastern and western side porticos, including a couple of Doric columns.

Situated near the OldTemple of Athena Polias, (which was raided by the Persians thus only limited remains of it are visible today), the namesake King Erechtheus’ tomb was placed in there. Moreover, the building also includes the tomb of the Athenian dynasty’s founder, King Kekrops. Alongside with the nearby cult of Pandroseion, the deities Poseidon and Athena have their shrines in there as well. All these sanctuaries are sustained by six glorifying caryatides on the porch, structures in physical female shapes that serve as columns.

Having been restored two times after the 19th century, this well-preserved ancient altar was dedicated to the Goddess Athena’s (which is a deity of warfare beside wisdom) epithet as the bringer of Victory, Nike. It’s supported by Ionic columns on the northern and southern sides. Its platform with the adorning reliefs is exhibited in the nearby museum.

The Sacred Olive Tree and the Pandroseion

Between the Erechtheion and the remains of the Old Temple of Athena Polias, there’s the Pandroseion with its legendary olive tree. Athens’ first king’s daughter, Pandrosos, gave her name to the place who also has a shrine in there. Zeus, with his epithet Herkeios – the guardian of the hearth – has a sanctuary in the site as well. The olive tree sprang in the place after the victory against the Persians, so it was perceived as a blessing from the Goddess Athena and has become the symbol of the city’s everlasting survival.