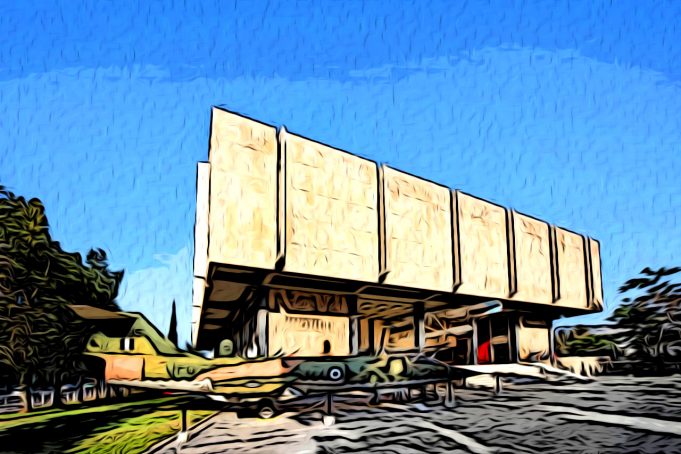 The War Museum of Athens stands to honor Greek people who fought for freedom in the past. The museum was inaugurated on July 18th, 1975. After a thorough research period conducted by Professor Thoukidides of the National Technical University of Athens (NTUA) and his team, the museum collected many military and war artifacts from different locations. Having gathered and documented memorabilia from many wars in the past, the museum provides its visitors with a great perspective to put the city in its context.

What is in the War Museum of Athens?

War Museum of Athens consists of four floors and an outside area. The outside of the museum involves bigger warfare equipment. Warplanes, artillery, and cannons are around the building. Inside, there are countless artifacts from or related to warfare. Weapons, uniforms, personal belongings, photographs, and countless other remains paint a striking picture of the war history of Greece. The parts of the museum are: Photographic Archive, Historic Archive, Film Archive, Collections, Library, and Congress Centre.

Photographic Archive: A very large archive of photography. The archive has more than 20.000 photographs that date between 1897 and 1959.

Film Archive: An archive that includes films that record and present historical events.

Congress Centre: This part of the museum is used to host events and exhibitions.

Library: A large library with books concerning the history of warfare and Greece.

Collections: Archive of the visual history of Greece. These collections include many maps and engravings depicting Greece in different periods.

Location of the War Museum of Athens

The museum is within walking distance to Syntagma Square. It is quite central to the city. It is also very close to Evangelismos Metro Station. The building is near the Byzantine and Christian Museum. So, tourists can visit two museums in a short amount of time. For further information, visitors may reach the museum via phone.

Working Hours and Pricing of the War Museum of Athens