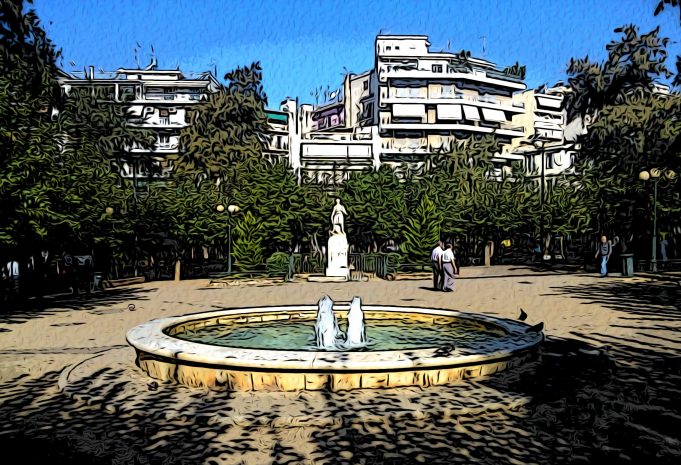 Kypseli is one of the most vibrant neighborhoods in Athens. Home to a large, artistic population; the district boasts with the beauties of city life. The multicultural fabric of the area is a contributing factor to its rediscovery. Many intellectuals and artists go back to Kypseli to enjoy its colorful living.

Kypseli is one of the earliest neighborhoods in Europe to experience mass urban development. Buildings started to blossom in Kypseli’s skyline as early as the 1930s. Multi-storied apartments dotted the area at first. Then, they took over the entire district. In 20 years, most of the upper-class individuals of Athens moved into Kypseli. However, as urbanization continued, the neighborhood succumbed to over-population. With increased immigration, Kypseli became one of the most densely populated areas in Europe. Over-population drove the intelligentsia out and brought degeneration with it.

After decades, Kypseli is now home to individuals from distinct cultures. The ethnic diversity and exoticness of the neighborhood started to lure its old population back. Also having mended its urban image with boutique restaurants and chic cafes, Kypseli in 2020 is one of the most vibrant places within Athens.

Fokionos Negri Streets is inarguably the heart of Kypseli. The street is paved over one of the two streams delineating the neighborhood. The stream is still alive, but it is buried deep under the street. Fokionos Negri is now delineated by cafes, restaurants, bars, and shops instead of streams. These spots provide locals with areas of socializing under the shades of trees. The street also has large spaces and green areas. 600-meters-long street is a nice walking route for pet owners. There is even a dog statue dating back to the 1940s. In the mid-20th century, Fokionos Negri Street was home to the wealthiest population of Athens. Old, beautiful apartments from the last century still line the street.

The history of the Kypseli Municipal Market goes back to 1935. It is originally built as a food market. It is located on Fokionos Negri Street. The market is one of the historical landmarks of Kypseli. Although it has been idle for some time, it is now coming back to life as a local hub for small businesses. The building is recently renovated to rekindle its popularity. The Municipality of Athens placed adverts for new enterprises and start-ups to lure their activity to the Kypseli Municipal Market.

Patission Avenue receives its name from an old suburban neighborhood called Patissia. It connects Patissia to the city center. It is also called 28 Oktovriou Street. The avenue is on the most popular route to Kypseli. It lies between the Victoria Train Station and Kypseli. During this walk along the Patission Avenue, visitors may stop to get a coffee in one of the beautiful cafes lining the promenade. The Rockers is a popular choice. Au Revoir, the oldest bar in Athens that opened in 1958 is also located on this avenue.

How to Get to Kypseli

Reaching Kypseli is quite easy from the city centre. There are several buses that leave from Syntagma Square and arrive at Fokionos Negri Street. These buses are numbered 2, 4, 5, and 11.

Alternatively, visitors may choose to get to Kypseli via taxi. The trip from Syntagma to Kypseli takes around 15 minutes. It does not cost much either.

What is Around Kypseli?

For people needing some fresh air and a shaded spot to take a breather, Pedion tou Areos Park is a great place. It provides the neighborhood with a much-needed greenness.

Exarchia, an anarchist neighborhood, is also nearby. Exarchia is famous for its artistic texture. Street art and graffiti are quite popular and well-exercised in the district.