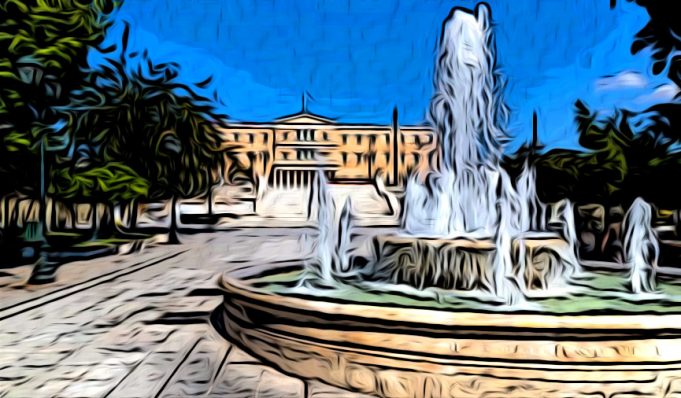 Syntagma Square is the center of the city. It is also the most famous square in Greece. Home to many major events throughout centuries, the square is named by King Otto. It means “Constitution Square” in English. The historically rich square is also very close to the famous Acropolis.

A History of Political Importance

The square situated in front of the Royal Palace has always been of political importance. After Greece liberated itself from the Ottoman Empire, King Otto was surrounded by foreign influencers who meddled with interior affairs and finances of the country. Following an uprising led by soldiers, King Otto dismissed these influencers and created a constitution that gives its name to the Square. Since then, almost any event of celebration or mourning takes place on Syntagma Square. Now, the former King’s Palace acts as the Parliament Building.

What is Around Syntagma Square?

Syntagma Square of Athens lies just beneath the Acropolis. The Parliament Building is situated at the top of the square. Near the Parliament Building starts the tram line of Athens. This tram takes visitors to the beaches of Athens. The final station of the tram line is at Voula. Right across the street is the National Gardens. At its entrance, there are bus stops. Tourists may get to the National Archaeological Museum from these bus stops.

Things to Do at Syntagma Square

The heart of Athens offers many attractions. Both locals and tourists find endless things to do in Syntagma Square. While no list can do justice to the square, here are some of the popular activities:

For foreign tourists, visiting the Greek Parliament is free. There are free tours of the building throughout the high season of tourism. In June, July, and September; every Friday and Monday, guided tours are scheduled at 3 pm.

Athens has an awesome green patch in the middle of the city. It lies next to the Hellenic Parliament. It covers an area of 24 hectares. The National Garden includes endemic flowers, trees, and other botanical beauties. Originally named the Garden of Amalia, it used to belong to the Royal Palace.

Queen Amalia planted some of the trees in the garden herself. These almost 200-year-old trees now paint the skyline of Syntagma Square.

Syntagma Metro Station and Its Museum

Athens is famously filled with historical landscapes and artifacts. During the construction of Syntagma Metro Station, many artifacts were found dating back hundreds and thousands of years. These findings were protected and stored by the government to be displayed in a museum opened in Syntagma Metro Station.

Plaka is the oldest neighborhood in Athens. In fact, the first Athenian house is still on display on Adrianou Street. A 10-minute walk from Syntagma Square, Plaka is a picturesque neighborhood. Ornamented with flowers on the edges of pathways, the streets of Plaka replenishes the souls of its visitors. The neighborhood is a great choice of location to stop and have a bite. It is also located just beneath the Acropolis. So, many cafes offer breathtaking views of the city’s most famous attraction. To enjoy a nice meal with a refreshing beer while enjoying the view, Plaka is the best place in Athens.