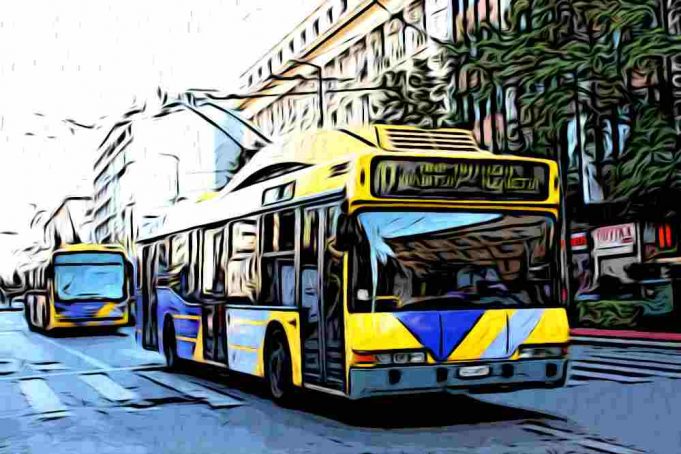 Although Athens is not that big in the surface area, with Piraeus and other suburbs, it has a population around 4 million. In other words, roughly %40 of Greek citizens live in the capital. To provide enough vehicles and lines for all that people, Athens transport has witnessed many changes. Now, the Athens public transport system is affordable, reliable and covers most of the city and suburbs. You can use all means of public transport using the same ticket which costs €1.40 and is valid for one and a half hour.

Metro is the fastest choice to go around Athens. The Metro network consists of 3 lines and has connections to the tram, bus routes and suburban railway. It also connects the center of Athens with the port of Piraeus (change in green line 1 – which is an overground train that runs from the northern suburb of Kifissia to the port of Piraeus) and the airport of Athens (through blue line 3). Daily departures run from 5 am to midnight with lines 2 and 3 operating until 2 am on Fridays and Saturdays. At peak hours, trains run every 5-6 minutes.

Buses and trolleys (electric buses) that operates in Athens and its suburbs have extensive coverage. They usually operate from 5-6 am to 11 pm or midnight, with the exception of the Airport Express which is active for 24 hours and connects the airport with Syntagma, Piraeus or KTEL Kifissos – The International Bus Terminal. You must get the tickets from kiosks.

The tram network connects the center of Athens (Syntagma Square) to the southern (coastal) suburbs of Faliro and Voula. It completes its 1-way trip in an hour. Syntagma, Syngrou/Fix, Neos Kosmos and SEF stops connects the tram with the train or metro lines.

Also known as the Proastiakos, this overground train provides a direct link between Piraeus port and Athens International Airport. It also connects Athens to outer regions such as Halkida and Corinth. The suburban railway departures run from 4:30 am until 11 pm daily.

If you want to discover the other parts of the continental Greece, the KTEL buses are connecting suburban places and towns around Greece. Athens has KTEL tuses to almost all towns around the country. The two important KTEL terminals in Athens are in Kifissos and Liossion streets.

If you want to reach certain historical sites and do some sightseeing, an alternative way to move around the city to explore the best points of interest in Athens is Happy Train! Happy Train goes by the historical centers and the most important monuments of the city. With its bright red color, this train clearly stands out.