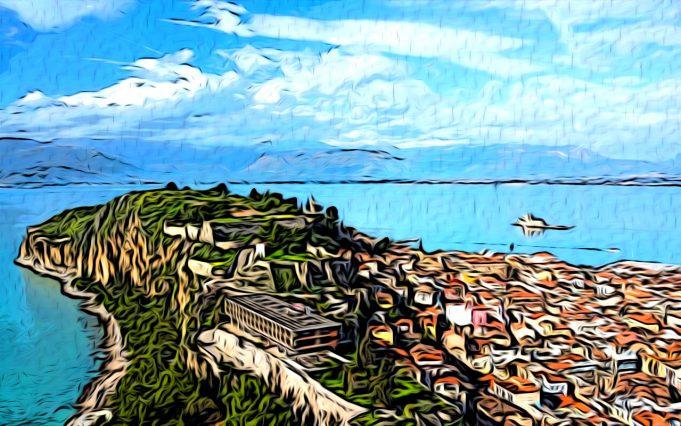 Witness The Oracle of Delphi

Delphi was one of the most important areas in Ancient Greece due to its oracle myth, and is also one of the most visited archaeological sites today. A day trip to Delphi should include the Temple of Apollo, the renowned museum, and the nearby town of Arachova. The site was declared as a World Heritage Center from UNESCO. At the archaeological museum, one of the most popular museums in Greece, you’ll be able to view many artifacts that were uncovered in Delphi like carvings, dishes, and statues.

Sounio with Views & Temple of Poseidon

Sounio is only 69 km away from Athens, making it suitable for a daily excursion. At Sounio, Temple of Poseidon from 44 BC invites you to witness history, and the panoramic view of the Aegean Sea offers to revitalize your soul.

This cruise will visit 3 Saronic islands in just one day. It begins from the charming island of Hydra, proceeds to the island of Poros with its vast flora, and ends with the island of Aegina is where Temple of Aphaea near the Saronic Gulf displays a beautiful example of classical Greek architecture. The world-famous pistachios which are known for their crunchy texture and naturally sweet flavor are also included in the offer at Aegina.

This day trip to famous peninsula visits some of the most prominent archaeological sites of Greece: Mycenae, and Epidaurus. Mycenae was the city of the mythical Mycenean king known as Agamemnon, the hero of the Trojan War. Nearby is the archaeological site of Asklepion at Epidaurus which was declared as a World Heritage Center from UNESCO and was one of the most important healing places in ancient times with its baths, hospital, and sanctuaries. Epidaurus is an amphitheater with incredible acoustics. Last but not least, you can visit one of Greece’s most picturesque towns Nafplio. In the town, you may pay a visit to the Palamidi Castle, or simply wander through the cobbled alleys to enjoy the architecture.

Meteora: Monastery On The Rocks

Meteora is a place with unique charms, famous in the globe for its mesmerizing rock pillars and awe-inspiring monasteries that are built on their summits. The most popular monasteries to visit here is the Monastery of Great Meteoron, which is scattered around one of the top rock pillars and is known for its stunning red roof, and the Monastery of Rousanou, which is built into the side of a rock and was created around the 16th century. Meteora is not only an important historical and religious site but also a place with matchless natural forms. Just keep in mind that it’s not very close to Athens, and the trip can be weary.

Birth of The Olympics & Corinth

Ancient Olympia gives its name to the original Olympic games that are predicted to date back at least 3000 years. It’s an impressive archaeological site with two distinct museums. The Corinth Canal is crucially situated in the city of Corinth and connects the Saronic Sea with the Corinthian Gulf. The canal is carved among towering rocky hills to become an important short cut to get around southern Greece. The breath-taking canal with the ancient site of Corinth where St. Paul lived to preach, and where the remains of Apollo’s 6th Century Temple still stand to this day is certainly worth to take the relatively long bus tour.

Take A Ferry to Agistri

Another day trip option from Athens is taking a ferry to the nearby island of Agistri, a small natural landscape located in the Saronic group of islands. Agistri is a wonderful place to get away from it all, with stunning coves, turquoise waters, quaint churches, and a handful of hotels and tavernas serving up traditional Greek dishes and drinks.

If you love physical contact with nature, why not take a day trip to the National Park of Mount Parnitha which lies just outside the city center. This day trip takes you on a 6km hike through the national park. A Sailing Cruise along the coast could be a great option for you to get away from the hustle and bustle as well.